ONE FACE OF THE ACA: My personal story 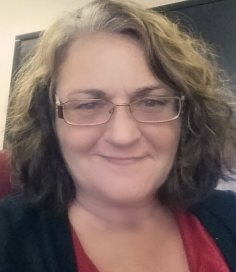 I have noticed since Republicans won control of the Senate some of you have been openly jubilant about the possibility of repeal of the Affordable Healthcare Act. Some of you are members of my family and some of you are my friends. I am not going to get into the odds of that happening or not happening; that remains largely out of my hands. I would like to talk to you for a minute about why it matters to me.

I have worked most of my life and for approximately half of that time; I was offered health insurance either by my employer or my spouse’s employer. It was excellent coverage at excellent prices. Everything began to change after August, 1995 when my spouse was killed in an offshore accident. Cobra coverage for me and two children, even in 1995, was unaffordable. For two years, I paid almost $700 a month for private insurance, and then I made the decision that we would just take our chances at good health and no accidents for a while. For the most part, we were lucky. For the most part, I was able to afford to pay for medical needs that arose. There were a few hospital bills along the way that were too large and went unpaid. I am not proud of that, it was just my reality.

I continued to work and pay taxes. I am not someone who has ever been a “drain” on society. In 15 years, I have worked for a company that offered health insurance 5 of those years, and in those 5 years, I participated and paid my part. Until coverage became available under the ACA, I had been uninsured for 4 years. I had no preventative healthcare, and mostly avoided doctor visits. I fell one morning during this last uninsured interval, went to a local ER, was there for 1 hour and two x-rays, and the bills totaled almost $6,000, some of which I am still paying for by the month.

Along comes the ACA; I signed up and found an affordable policy. It is not the best policy and I only had one choice as to insurance company, thanks in large part to the Governor of my state refusing to expand Medicaid. Nevertheless, I am extremely grateful. I am covered and I am covered regardless of pre-existing conditions. Here is what it has done for me in the past 11 months:

1. I have been able to have my 1st pap smear and mammogram in 4 years. I have a strong history of breast cancer in my family (I have had 3 lumpectomies, all negative) and am waiting on the results of my last test.
2. I have been able for the 1st time in many years to have a Primary Care Physician who is trying to determine the cause of global inflammation in my body that sometimes feels crippling.
3. I no longer have to get an expensive medicine ($215 for a 30 day supply) for free from the pharmaceutical company, I now have a co-pay.
4. I have an appointment next week with an ophthalmologist to discuss removal of cataracts in both eyes.

I have shared all of this in the hopes that you can see that there are REAL people who are being helped by the ACA, somewhere between 6 and 7 Million REAL people like me. To my friends and family who are against government subsidies to make healthcare more affordable, I want you to know that your opposition to my better health hurts.

About rolling my eyes at the world

4 Responses to ONE FACE OF THE ACA: My personal story